Subscriptions are available for six of the plays in the season. The pantomime is not included but subscribers will get a discount on pantomime tickets. 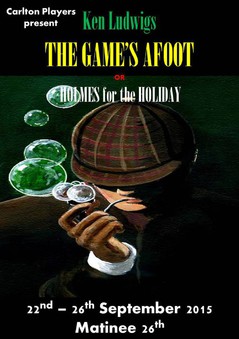 KEN LUDWIG has had 6 shows on Broadway and 7 in London’s West End, and his

languages. His first play on Broadway, Lend Me A Tenor, which the Washington

Post called "one of the classic comedies of the 20th century,” won two Tony

Awards and was nominated for seven. He has also won two Laurence Olivier

Helen Hayes Awards, the Edgar Award for Best Mystery from The Mystery Writers

of America, the SETC Distinguished Career Award, and the Edwin Forrest Award for

Services to the American Theatre. His plays have been commissioned by the Royal

Shakespeare Company and the Bristol Old Vic. He has written 22 plays and

musicals, including Crazy For You (5 years on Broadway and the West End, Tony

and Olivier Award Winner for Best Musical), Moon Over Buffalo (Broadway and

Game’s Afoot, The Fox on the Fairway, The Three Musketeers and The Beaux’

Stratagem. His most recent plays include Baskerville, A Comedy of Tenors, and Tiny

&nbsp;His newest book, How To Teach Your Children Shakespeare, (winner of the

Falstaff Award for Best Shakespeare Book of 2014) is published by Random House.

Bell. &nbsp;His work is published by the Yale Review, and he is a Sallie B. Goodman

where he studied music with Leonard Bernstein, Haverford College and Cambridge 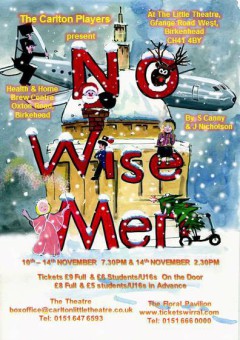 WHAT WOULD YOU DO FOR THE PERFECT CHRISTMAS?

Reality and the ridiculous collide in an enchanting festive adventure, whisking you between Victorian England and the present day.

Jack Wilkins is forced into a desperate attempt to retrieve his life after accepting an irresistible offer from a sparkly eyed stranger. But time is running out and if he can’t honour the deal he has struck and get to the hospital by the allotted hour, he will lose everything. Forever.

This is a text! You can edit, move, copy or delete it. 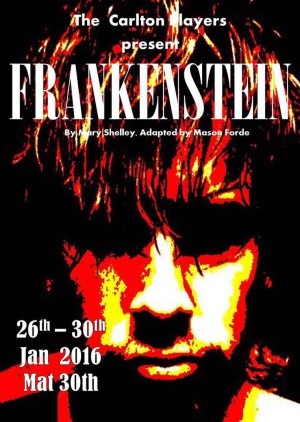 Based on the classic story by Mary Shelley 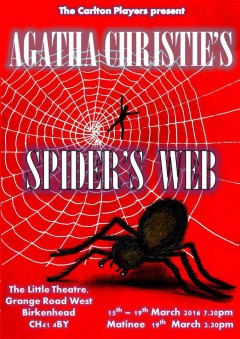 Clarissa, the second wife of Henry Hailsham Brown, is adept at spinning tales of adventure for their bored diplomatic circle. When a murder takes place in her drawing room she finds live drama much harder to cope with, especially as she suspects the murderer might be her young stepdaughter Pippa. Worse still, the victim is the man who broke up Henry's first marriage! Clarissa's fast talking places her in some hair raising experiences, as she comes to learn that the facts are much more terrifying than fiction...
"So closely woven with thrills and comedy that shocks and laughs are about fifty fifty." -London Guardian

Waiting in the Wings 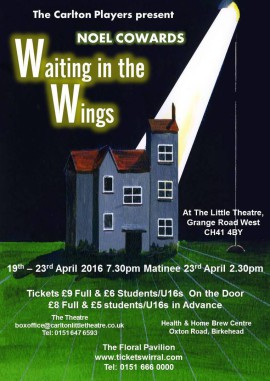 Should rejoice those of us who still have hearts." - London News Chronicle

Coward's tribute to theatre is set in a retirement home for actresses, all former stars. Jealousies abound, especially between Lotta and another who was also married to her former husband 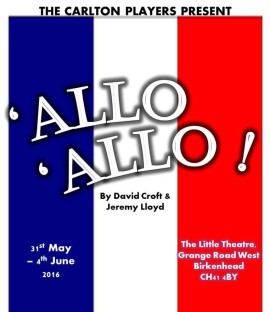 by Croft and Lloyd

Based on the hugely successful British television series that ran for seven seasons, this uproarious comedy relates the adventures of a hapless cafe owner, Rene, in occupied France. You can see all of your favorite TV characters in the flesh, including Rene's tone-deaf wife Edith, Major-General von Klinkerhoffen and the Gestapo officer Herr Flick!
"Listen very carefully, I will say this only once" - you will revel in the latest stage production of the TV cult comedy classic 'Allo 'Allo! You won't be able to help yourselves. – The Stage "Good moaning. You stupid woman. Ze flashing knobs. I was just hanging up the knockwurst when I remembered all the happy times we had in 'ere. Yes, it's 'Allo 'Allo! and it is coming back." – The Guardian